Calata Corp Focuses on Expansion after Clearance from Alleged Probe

Early this year, Calata Corporation had to deal with an accusation against stock manipulation in the company due to the bizarre movements in its shares. Calata Corporation recently reached a share price of 24 pesos per share which allowed the corporation to reach a market cap of 4 billion pesos. However, during the trading days, the shares went on a rollercoaster ride which brought to the rumor of a stock manipulation.

Joseph Calata, Calata Corporation’s 31-year-old CEO, earlier stated that his corporation was not the one under investigation claiming that what happens in the shares is already beyond the corporation’s control. He also admitted that he was the one who contacted the Securities and Exchange Commission (SEC) because he, too, wanted to get to the bottom of the movements of his shares.


After four months, SEC ended its probe of alleged price manipulation as well as clearing the company from any involvement in the allegations. They have also reportedly imposed fines on several stock brokers which it found to have been responsible for the unusual price movements. The firm can now focus on its expansion program which is the very reason for our decision to go public.

The company recently announced its plans to increase the number of its outlets to about 250 using the proceeds from the initial public. With this expansion, the corporation will be able to provide more farmers and agricultural sector entrepreneurs with access to products and agricultural technologies.
Posted by James Brink at 4:41 PM No comments: 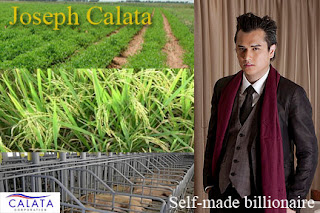 From a poultry feed store to becoming into the best performing Initial Public Offering (IPO ) in the Philippine Stock Exchange (PSE), Calata Corporation surely made its mark. With the management and supervision of the 31-year old, Joseph Calata, Calata Corporation now expands its operation to farming.

In the late 2011, San Miguel Corporation's Magnolia and Monterey agreed a partnership with the Calata Corporation for its farming operations. The company is well aware of how to go with the said operation, which is how they broke it down to four stages for the poultry operations and three for the hogs'.

The poultry stages will start by breeding the chickens that would lay eggs and as soon as they do, the eggs would be transferred to the hatchery. The chicks would then be sent for the broiler growing operation where they are bred until they are old enough to be dressed and sold to the consumers. As for the three stages for hog operations, they will begin by breeding the sows to produce piglets. When the piglets are born, they would be sent to the hog growing farm until they are old enough to proceed with the processing of their meat.

Calata did not only sign a long-term partnership for San Miguel Corp.'s Magnolia and Monterey, but also for the latter's B-Meg which is the country's top feeds brand. He also collaborated with the world's top brand for crop protection which is Syngenta and Monsato, the world's top seed company. Bayer, Jardine, Dupont and Sinochem also signed partnership with Calata Corporation for their agro-chemical products.

Joseph Calata is now labeled as the biggest combined distributor of
agro-chemicals, feeds, fertilizers, veterinary medicines and other agricultural products in the Philippines because of these recent partnerships.

more news about Joseph Calata on http://josephcalata.blogspot.com/
Posted by MakeAConnection at 3:16 AM 1 comment: 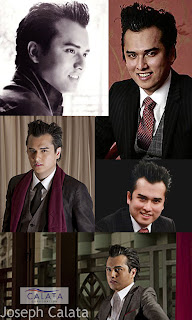 The 31-year-old billionaire Joseph Calata proves that ‘age is just a number’ when his publicly listed company soared high in sales and with a successful IPO (initial public offering), Calata Corp has become part of the Top 1000 corporations in the Philippines.


This young business man is a graduate of De La Salle University with a Bachelor of Science in Commerce, Major in Management and Financial institutions. After graduating, he sees a boom in the agricultural sector that’s why he has decided to earn money from ‘aggrie’. He makes money by selling agricultural products such as feeds, fertilizers, seeds, chemicals, and others, and he was right that agriculture will really rise to the top.


In 2011, his company the Calata Corporation has become the best performing IPO in the Philippine Stock Exchange and it has yielded P2 billion in sales and P208 million in its EBITDA (earnings before interest, taxes, depreciation and amortization). P1.05 billion or more than half of its sales came from feeds, 24.4% from fertilizers, 22% from chemicals, and 11% were drawn from seeds sales.


Calata Corp. has its long-term partnership with leading manufacturers of agricultural products like San Miguel B-Meg (the country’s top feed brands) for feeds, Swire and Viking for fertilizers, Syngenta for crop protection, insecticide, herbicides, and fungicides, and other multinational companies like Bayer, Jardine, Dupont, and Sinochem. He also tied up with Magnolia and for farming.


Joseph Calata aims to expand the business by building retail outlets of agricultural feeds and chemical products in different regions in the country such as CAR, Ilocos, , , CALABARZON, and Bicol Region. He has been constructing 118 stores and would add another 100 outlets for the next 14 months. He also plans to increase the company’s market share by boosting product awareness, market presence, improve customer and market knowledge, expansion of market share and diversification of operations of his business. These efforts would make the company reach P3 billion of sales for this year, and these were not impossible for this young entrepreneur who is taking the agriculture industry by storm. 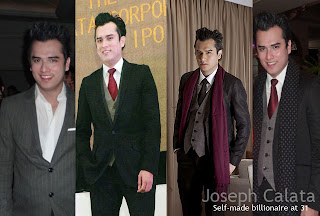 He is not only known for his great business skills, but for his good looks as well. He is even likened to the famous vampire star Edward Cullen (Robert Pattinson). His skills coupled with perseverance paid off because his 10-year-old company grew its market cap to P4.3 billion. He owns 60.45% of the company which means he is worth P2.6 billion even after being listed in stock exchange. His company has gone through a big leap in 2011, and it continuous to grow for this year with the company’s objectives on top of his list. Some of his objectives were to increase business coverage or the construction of retail outlets, increase profit margins, help local farmers by offering them very low prices in its products, and many others.


For many years he is giving his service to the company’s board of directors as a member from 1999 up to present. He has been the chairman of the board of directors since 2009 and was elected last year for another one year term. Truly, he is not only the nation’s biggest seller of agriculture products, but one of the best leaders of his generation as well.#

more news about Joseph Calata on http://josephcalata.blogspot.com/
Posted by MakeAConnection at 3:43 AM No comments:

Despite his young age, Mr. Joseph Calata is one of the most successful businessmen in the Philippines. He is the CEO of the largest distributing company of B-Meg feeds in the country, a corporation that he renamed after his family. He is also trying to introduce agricultural developments that seek to help local farmers and furthermore, the country. 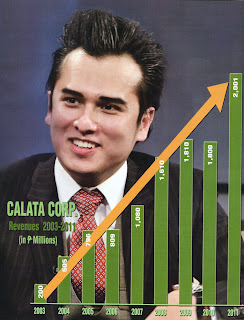 The crops from genetically modified seed have added nutritional value. This makes them more desirable than crops that were harvested from traditional seeds. They also offer better resistance against difficult weather that is present in South East Asian countries such as the Philippines. Again, this serves to benefit farmers and their profit.

These are the reasons why the Philippine government has educated farmers all over about the wonders of these seeds. They have also educated farmers on the benefits of using golden rice. You see, most of the rice being sold in the Philippines today have been found to lack Vitamin A and the government hopes that golden rice will solve this problem. And since rice is the country's staple food, it is of utmost significance for the government to resolve this right away. 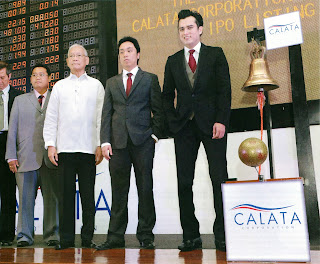 Mr. Joseph Calata and his company also distributes products that assist plants as they grow. These products improve the plants' defenses against drought, stress, pests, weeds, and just about everything else. These pesticides, fungicides, herbicides, plant growth regulators and seed treatments are all helpful in making plants grow better. 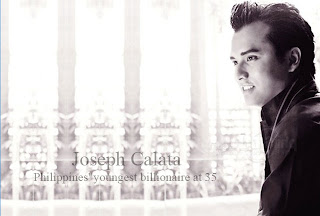 Thankfully, Mr. Joseph Calata has partners in trying to help these local farmers. He has joined forces with international companies - DuPont Agriculture, Monsanto, Syngenta Global, Bayer CropScience, Sinochem and Jardine Distribution. As these companies research for more agricultural developments, let's hope that they are able to start the green revolution the world badly needs.

Joseph Calata has introduced many agricultural developments in the Philippines. He has successfully introduced products such as genetically modified seeds and the golden rice. He has done this through his company, named after his family.
-Alison Ward

more news about Joseph Calata on http://josephcalata.blogspot.com/
Posted by MakeAConnection at 11:30 PM 1 comment:

Email ThisBlogThis!Share to TwitterShare to FacebookShare to Pinterest
Labels: Gardening 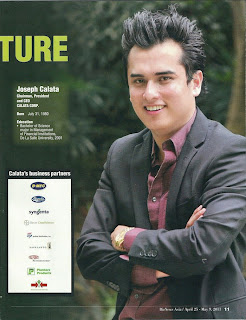 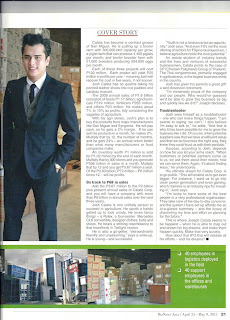 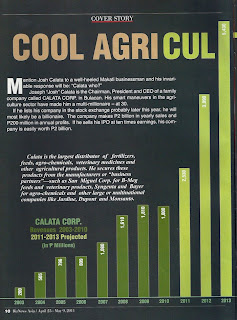 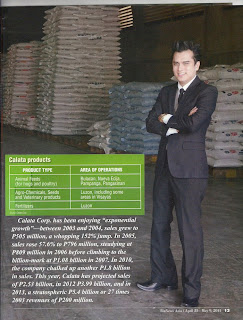 Posted by MakeAConnection at 8:01 PM 3 comments: